Why PrEP takers should still use condoms with HIV+ partners

This article by Simon Bishop, Lecturer in Public Health and Primary Care, School of Healthcare Sciences was originally published on The Conversation. Read the original article.

In the film, The Matrix, lead character Neo is given the choice to take one of two pills that will determine his fate. The red pill promises to open his eyes to the true nature of reality, while the blue pill will perpetuate his ignorance and shield him with a comfortable illusion. Neo takes the red pill in a moment that has become one of the most retold film analogies of all time.

Neo’s pill taking is also useful for delving into a worrying trend that has arisen in recent months with regards to HIV-prevention drugs. The medications that have been licensed in recent years to reduce HIV transmission among homosexual men run the risk of being nothing more than a blue pill for other groups, luring users into a false sense of security. 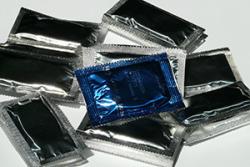 Condoms have been the mainstay of safer sex messages for 30 years as the best way of reducing HIV transmission. In 2012, however, the US food and drug administration licensed a drug to prevent people from contracting HIV, which had previously only been used to treat the infection. This small blue pill was called Truvada, and so pre-exposure prophylaxis (or PrEP) was born. By this stage, evidence of the safety and effectiveness of Truvada in reducing HIV transmission was already strong, especially among men who have sex with men. The US decision to licence the drug was quickly followed by World Health Organisation guidelines also supporting the use of Truvada for PrEP, not as an alternative to condom use, but rather as part of a broader HIV prevention approach that included condoms.

With US and WHO approval, the use of PrEP has now become commonplace and widespread. In the UK, Scotland currently offers PrEP for free on the NHS to high-risk individuals, and both England and Wales are trialling its use through selected sexual health clinics. For those unable to obtain an NHS prescription for Truvada, there are a number of online sellers willing to provide the drug via mail-order for as little as £35 (US$48) a month, making PrEP hugely accessible.

On the face of it, these might seem like welcome developments – an available and affordable way to reduce the number of people contacting HIV. The problem is that is seems that some men who have sex with men may not be using PrEP in addition to condoms, but rather as an alternative. The wide availability of PrEP, and its promise to protect against HIV, also appears to be leading heterosexual men and women towards using Truvada in order to avoid condoms, particularly within the context of commercial sex. Indeed guidance from both the US and the UK suggests that PrEP may be considered appropriate for use by heterosexuals who are sexually promiscuous but tend not to (or perhaps do not want to) use condoms.

There are a number of problems with this position. First, condoms protect against more than just HIV. Dispensing with their use risks exposure to other sexually transmitted infections, including gonorrhoea, chlamydia and syphilis. Although these infections are usually curable, there are strains that are resistant to antibiotics and so difficult to treat. Drug-resistant gonorrhoea in particular represents a major public health concern.

Even leaving aside other sexually transmitted infections, PrEP still represents a poor alternative to condom use, particularly in protecting heterosexuals. Comparisons between the two approaches vary in terms of their effectiveness, but studies that have looked at the use of PrEP to prevent HIV transmission in women have often been disappointing in terms of their ability to prevent new infections.

The situation is made more complicated because – though injectable alternatives are now being trialled – Truvada is usually provided as a pill that needs to be taken regularly, ideally every day, in order to provide the best protection. Anyone who has ever been prescribed a course of antibiotics knows just how easy it can be to forget to take a dose, but in the case of PrEP this forgetfulness can have particularly serious consequences.

And finally, not all HIV is prevented by Truvada. The drug has been licensed for use to treat the disease for well over a decade and over time some strains of HIV have become resistant to it. One consequence of this resistance is that we have started to see failures of PrEP to prevent HIV infection, even when the drug is used consistently. Although the prevalence of Truvada-resistant HIV is currently thought to be very low, its very existence underlines the danger of relying on PrEP alone.

PrEP continues to be a valuable tool in the arsenal of HIV prevention, especially among high-risk groups, such as men and transgender women who have sex with men. Despite this, immense care needs be taken to prevent Truvada becoming viewed as an alternative to using condoms by the wider population. Unfortunately, when used on its own, as in The Matrix, the blue pill risks offering an illusion of safety. It may be argued as ethical to make any new advancement in HIV prevention available to all. In reality doing so may ultimately do more harm than good, fuelling an epidemic in sexually transmitted infections and speeding up drug resistance in HIV.